The Hall of Fame (HOF) Weekend is typically held in September at a Friday night home football game followed by an afternoon banquet on Saturday at Hampshire High School.

History of the Hall of Fame

Plans were made for also honoring individual athletes, coaches and notable athletic contributors. The first full class of inductees was honored in 2011 and has continued each year through 2022*.
(*There was no 2020 Hall of Fame Weekend as all HOF events were cancelled due to COVID 19 restrictions.)

Nominations for the Hall of Fame are accepted from the public each year in the spring. A nomination form is required that includes the name of the nominee(s) and information stating the accomplishments that make the individual or group worthy of consideration by the HOF Committee. Nominations are accepted for teams, individual athletes, coaches and major contributors to Hampshire County athletics. Athletes must have graduated from Hampshire High at least 10 years prior to nomination or have graduated from the now closed old Capon Bridge High School or old Romney High School. Coaches and Major Contributors need not have graduated from a county school.

Nomination forms can be obtained from any of the committee members or are usually printed in the Hampshire Review in March. The committee then considers all those nominated and makes the final selections for induction. The following fall, the honorees are invited to attend a designated Friday night football game at Hampshire High during which the they are introduced at half-time. Then a banquet is held on the following day and each inductee is honored with a reading of accomplishments and given an opportunity to address the audience. A plaque is placed on the wall in the hallway at Hampshire High School showing each recipient's name, date of induction and a summary of their athletic highlights. 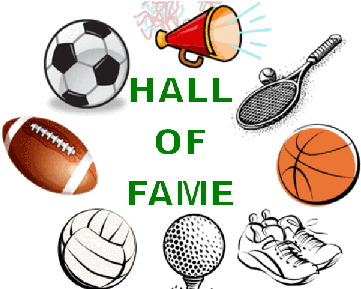